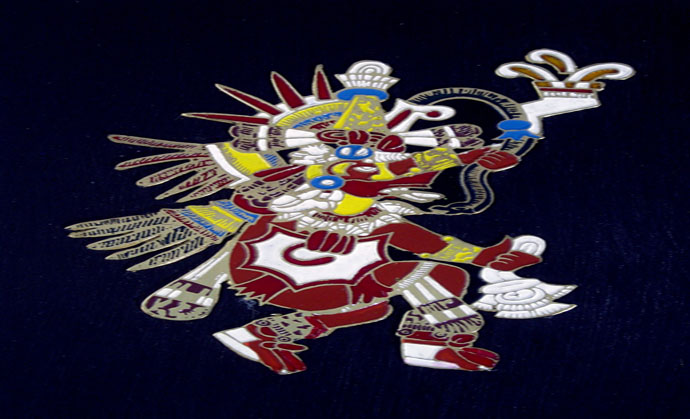 Try making children recite the Lord’s Prayer in a public school classroom. Leftists would riot in the streets.

Yet the California Department of Education has OK’d a curriculum that has students praying to Aztec gods – paying homage to a culture renowned for its savagery, human sacrifice and cutting out of hearts.

At least no one’s talking about Christlike kindness or loving one’s neighbor as oneself.

The Thomas More Society filed a lawsuit on Sept. 3 over the prayers, which are part of an ethnic studies curriculum. Filed in California Superior Court on behalf the Californians for Equal Rights Foundation and individual taxpayers and parents, the complaint follows a demand letter sent to the State Superintendent of Public Instruction, which went unanswered. The letter asks that the Aztec prayers be stricken from the curriculum.

“Our clients have both a religious and civic objection to the Aztec prayer, and they do not want their children chanting it, being asked or pressured to do so, or risking ostracism if they refuse,” wrote Paul Jonna, Thomas More Society special counsel, quoted on the organization’s website. “Under both the California and United States Constitutions, they have the right to expect all branches of the state government, including the State Board of Education and the Department of Education, to respect this choice. Furthermore, all Californians have the right to expect that tax-supported public schools will not aid or promote this religion.”

The curriculum also includes the Ashe Prayer from the Yoruba religion, an ancient philosophical concept at the root of many pagan religions including santeria and voodoo.

Attorneys sent a letter to Tony Thurmond, the California Department of Education’s State Superintendent and former California state assemblyman, on Aug. 26 asking that the Aztec prayer be removed. A response was requested by Sept. 2, and when none came, the suit was filed.

“Can you imagine if elements of the Christian faith were proposed to be included in the public school curriculum?” Jonna continued. “What if a class incorporated praying to the Blessed Virgin Mary, or even reciting the Lord’s Prayer? How would that be received?”