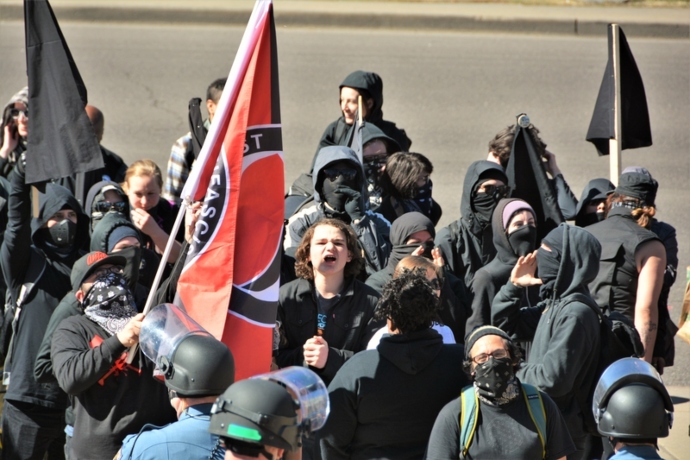 Public schools, so opposed to “indoctrination” when anyone wants to pray or mention God or biblical teachings, are being revealed as places where teachers can preach anti-American activism and largely fly under the radar.

Current political conditions may be taking away that protective cloak. A California teacher was recently caught on video boasting about converting students into far-left “revolutionaries,” according to James O’Keefe’s Project Veritas, and it looks like he will pay.

The teacher will be fired, administrators in the Sacramento district indicated Wednesday, saying that they will be “taking the legally required next steps to place the teacher on unpaid leave and fire the teacher,” according to Newsweek.

A 12-minute video released by the group allegedly shows Inderkum High School teacher Gabriel Gipe talking about being active with the Antifa Sacramento chapter and claiming that he rewards students with extra credit for attending “protests,” FOX News reports.

“I have 180 days to turn them into revolutionaries…scare the f–k out of them,” the man in the video says.

No wonder they’re not learning to read, write and do math.

“I post a calendar every week,” the man says. “I’ve had students show up for protests, community events, tabling, food distribution, all sorts of things. … When they go, they take pictures, they write up a reflection – that’s their extra credit.”

Images taken by undercover Project Veritas journalists show an “Antifascist Action” flag and a poster of Mao Zedong, China’s murderous twentieth-century divider-in-chief, hanging in Gipe’s classroom. The man in the video even said he once admonished a student for disliking his Antifa flag.

The teacher claims to monitor the political leanings of his students over a given year and that “every year, they get further and further left.”

“I’ve met so many people in my life who, when they met me, thought I was off the wall, and now they’re all Marxists,” he said in the video. Then he swerves into open advocacy of violence:

“Like, why aren’t people just taking up arms? Like why can’t we, you know, take up arms against the state? We have historical examples of that happening, and them getting crushed and being martyrs for a cause and it’s like, OK, well, it’s slow going because it takes massive amounts of organization.”

Project Veritas approached Gipe for a quote while he was out walking his dog, but Gipe said he felt uncomfortable – perhaps like his student did with the Antifa flag – and refused to comment.

Who will hire him next?