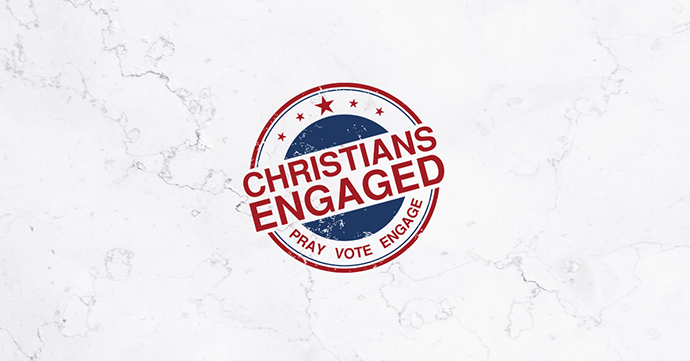 According to Yahoo’s Currently, the bloated, increasingly politicized government agency recently denied tax-exempt status to the group Christians Engaged on just that basis: You can’t educate voters on the issues using the Bible, because people who go by the Bible are Republican, and that’s partisan.

In a May letter, the IRS declared that Christians Engaged was not eligible for 501(c)(3) status in part because “[B]ible teachings are typically affiliated with the [Republican] party and candidates.”

Christians Engaged President Bunni Pounds said, “We just want to encourage more people to vote and participate in the political process. How can anyone be against that?”

“The IRS states in an official letter that Biblical values are exclusively Republican. That might be news to President Biden, who is often described as basing his political ideology on his religious beliefs,” said Lea Patterson, Counsel for First Liberty Institute.

“Only a politicized IRS could see Americans who pray for their nation, vote in every election, and work to engage others in the political process as a threat. The IRS violated its own regulations in denying tax-exempt status because Christians Engaged teaches biblical values.”

On May 18, 2021, IRS Exempt Organizations Director Stephen A. Martin denied the application, contending that Christians Engaged “engage[s] in prohibited political campaign intervention” and “operate[s] for a substantial non-exempt private purpose and for the private interests of the [Republican] party.”

In its letter to the IRS, Liberty Institute countered, “None of Christians Engaged’s activities involve supporting or opposing political parties, candidates, or legislation; rather, it “educate[s] the public on the processes of voting and how the Bible speaks to civic duty.”