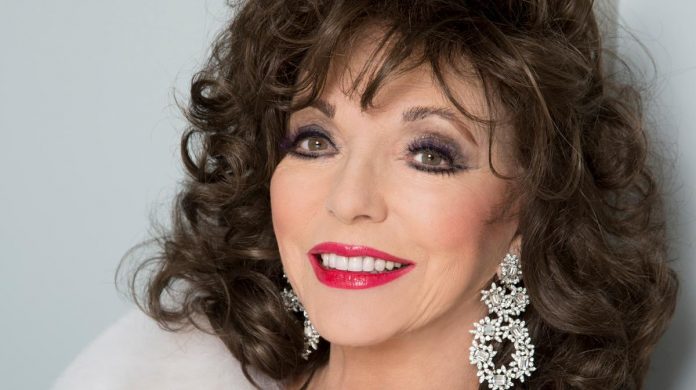 Actress Joan Collins says “the world’s gone nuts” with suggestions that there could be over 100 different genders for people to choose from.

The 86-year-old former Dynasty star made the comment to Piers Morgan Tuesday on his “Good Morning Britain” show.

Morgan asked the actress, who most recently appeared as Bubbles McGee on FX’s American Horror Story, about a new BBC video that suggests to school children they can choose from up to 100 different gender identities.

A clip from the BBC video has one teacher saying to students, “There are so many gender identities. So we know we’ve got male and female, but there are over 100, if not more, genders now.”

Collins responded to Morgan’s question by saying, “I find that very peculiar, quite frankly.  I’ve got three grandchildren in their teens, and I don’t think that’s happening to them. I mean, I know that there’s LBGTQ…but how can there be 100, it’s ludicrous.”

When she was asked why society is getting “so obsessed with this kind of stuff,” she responded by saying, “Because the world’s gone nuts.”

Even nuts only have 11 varieties, according to Epicurious.

So, what are some of these 100 gender varieties?

We know about male and female, as the BBC stated, but did you know you can chose to be a canisgener? Well you can if you believe you have “a small, doglike gender.”

Perhaps your gender feels “trapped,” or even “imprisoned.”  That would make you a cavegender.

Maybe your gender changes with the season.  If so, choose to be a temporagender.

Some people don’t feel human at all.  That makes them a genderale.

But if you are human, but actually think you’re dead, but are still living, you can chose to be necrogender.

Of course, there are probably many parents who wouldn’t mind if their children claimed to be coigender, where they are always “on mute.”

But I think I would call a priest (perhaps even run for the door) if my child claimed to be daimogender, a demon.

No wonder liberals want unisex bathrooms. Where would you put 100 different gender facilities in a business, store or public school?

Maybe God wanted to keep things simple when He created them as male and female. (Gen. 5:2)  Maybe He didn’t want to breaks Adam’s rib it into 100+ different gender parts.

One thing is for sure; I wish God had taken another rib out of Adam’s chest so He could later beat some common sense into the heads of people.