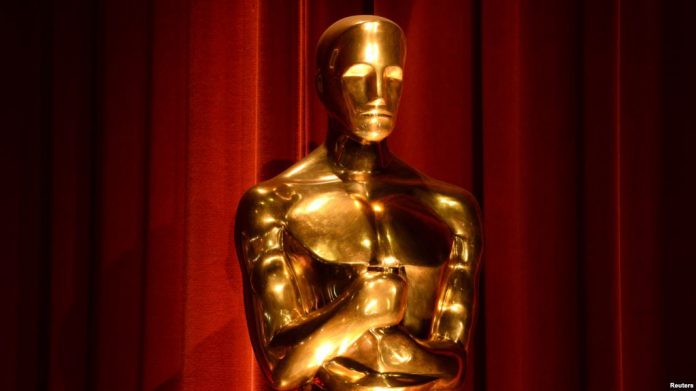 The Oscars are in trouble this year.  Big trouble. They may not have a host at this year’s anti-Trump, conservative-bashing shindig.  There’s just too many celebrities with garbage in their backgrounds to find one that is palatable.

The Academy of Motion Pictures Arts & Sciences simply cannot find that perfect, unsoiled and non-corrosive human being who hasn’t previously violated one of its sanctimonious (and holier-than-thou) moral strictures.

Their crisis began to unfold last week when actor-comedian Kevin Hart quit the upcoming gig after it became public he made a couple of homophobic tweets ten years earlier.

Now the Oscars can’t seem to find anyone to replace him, meaning it has become a nearly impossible task to find that clean-cut, non-offensive, politically correct celebrity who hasn’t offended somebody, somewhere at some time.

So much so that the Oscars may not even have a host this year.

It’s not helping that no highly vaulted celebrity is willing to put forth their name either.

Who can blame them?

Once they do, everything they may have said or done in their ENTIRE LIFE will come to light and be sifted and micro-analyzed for anything that could possibly be construed as sexist, misogynistic, racist, homophobic, Islamophobic or interpreted as hate mongering toward such liberal causes as global warming and gender identity issues.

Supreme Court Justice Brett Kavanaugh knows all about this too well.  Even a light-hearted entry he made in his high school yearbook when he was but 17 years old was micro-examined and criticized as being sexist.

The same goes for this year’s Heisman Trophy winner Kyler Murray.  He had to issue a public apology last week for a homophobic tweet he made when he was 14-years-old.

And anyone not living under a rock will easily remember the woman who accused Judge Roy Moore of sexual misconduct that happened nearly 40 years ago.  (The judge was accused of both fondling the girl over her bra and guiding her hands to his underwear, a claim Judge Moore vehemently denies.)

The liberal left offers no forgiveness, no second chances and no opportunity for rehabilitation if you have ever offended one of their pet moral dictates – that is, if you ever said anything remotely offending leftist gays, feminist women, people of color, foreigners or those holding non-Christian religious beliefs.

Offending Christians, however, is not only acceptable but also encouraged by these liberal moral zealots.  The same goes for offending white men.

Imagine the fallout if Lemon or Hiron had said black men are the biggest terror threat in the country and told themto shut up.

These Hollywood elitists had hoped their weaponizing of left-wing moral turpitude would solely be used against right-wing conservatives — to get them fire from jobs, barred from the media, off the government payroll and ousted from the education system.

They wanted their daggers to ban them from social media platforms and kill their prospects of ever holding public office or being appointed as judges.

Their goal was to make them invisible to the public eye, to be neither seen nor heard.

Little did they know their plan would backfire, slapping them right into the ditch they created for others.

Here’s a proverb they may want to pay attention to in the future: