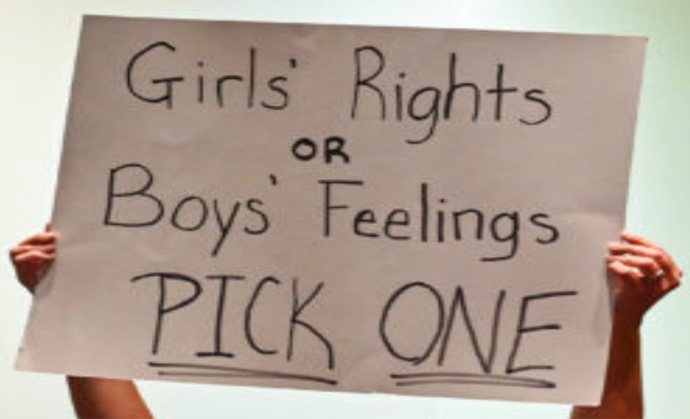 The battle in Virginia over the forced introduction of sexual deviancy into public schools has entered a new phase: The father of a female Loudoun County teen is accusing the school district of covering up a sexual assault on his daughter in a gender-neutral bathroom back in May.

The Post-Millennial reports that the school responded to the initial, volatile situation, in which angry parents confronted the school board on June 22 and the girl’s father was arrested, by saying nothing could have happened because the school had no record of any assaults by transgender students.

Scott Smith, the parent, was arrested during the protest, which was deemed an “unlawful assembly” when people vocally opposed the school’s transgender policies.

According to The Daily Wire, at the June 22 protest the Loudoun County Public Schools (LCPS) superintendent told those in attendance that the parents’ anger was misplaced since the school had no record of assaults stemming from transgendered students.

According to Lancaster, Smith’s attorney, the suspect was under house arrest with a conviction expected on Oct. 14. The suspect was arrested in a new incident, however, on Oct. 6, in which a female student was taken into an empty classroom and touched inappropriately, The Daily Wire reported.

Lancaster said the suspect, who is 15, is the same one who assaulted Smith’s ninth-grade daughter.

In March, the Christian Action Network filed a lawsuit against Virginia’s school policy that allows boys to enter female bathrooms and locker rooms without providing any evidence of being transgender.