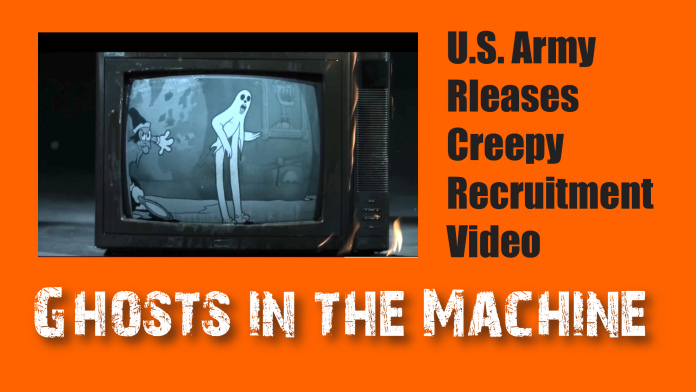 Here’s our recent episode of Shout Out Patriots.

The United States Army has released a creepy, scary, Orwellian video called “Ghosts in the Machine.”

It’s a psywar campaign designed to target – not the body – but the mind of the enemy. But exactly who is that enemy? It doesn’t say.

At Shout Out Patriots we take a hard look at this video and offer a startling revelation to its devilishly dystopian question: “Have you ever wondered who’s pulling the strings?”

Wonder no more. It’s the US Army 4th PSYOP Group. Or so they claim.

PS – Due to the amount of video and photos used in this episode to highlight how the U.S. Army says it is controlling people, there is no audio version of this particular podcast.