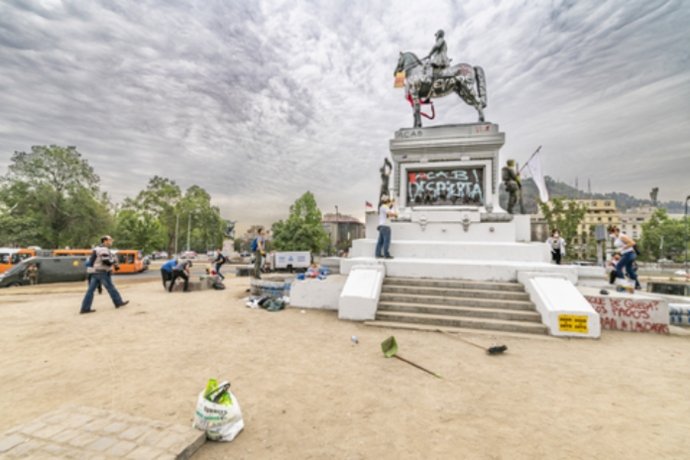 As the federal government becomes more and more permissive to violent leftist protesters and dismissive of the destruction and injury they cause, states are acting autonomously to protect businesses and public peace.

Similar bills are pending in 21 additional states, according to the Washington, D.C.-based group.

Arkansas, Florida, Iowa, Oklahoma and Tennessee this year passed laws that jack up penalties for disrupting traffic, damaging monuments and other unlawful behavior carried out during a riot.

The bills tend to define “riot” as three or more people gathering together and threatening public safety.

New laws in Arkansas, Kansas and Montana raise penalties for demonstrating near oil and gas pipelines and other vital infrastructure. An Alabama law will allow cities in one county to control where protests happen and to charge fees to the organizers.

Largely the work of Republicans, the laws were enacted to help prevent violence and looting and protect police. Democrats say they threaten First Amendment rights to free speech and peaceful assembly.

They also say, predictably, that they are racist.

For example, Florida Gov. Ron DeSantis, a Republican, signed his state’s new law in April and said: “We wanted to make sure that we were able to protect the people of our great state, people’s businesses and property against any type of mob activity or violent assemblies.”