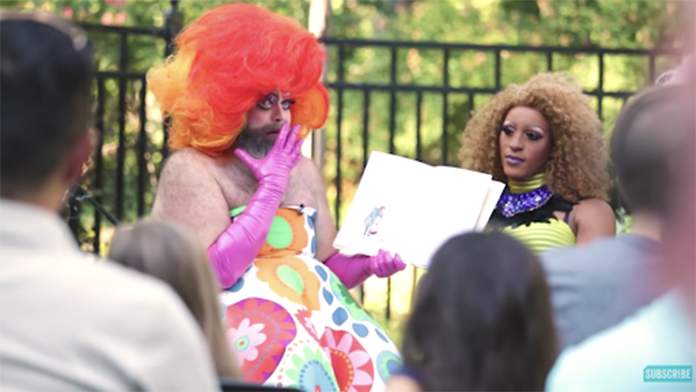 Yet another drag-queen-at-the-public-library incident has made news, and possibly cost an official her job.

Leander, Texas Library Director Priscilla Donovan stepped down on Nov. 1, and supporters say the cause is a controversy that began in the summer.

According to the Austin American-Statesman, Donovan’s allies say a protest held in June at the library against a Drag Queen Story Hour event is the reason the 12-year director lost her job. The city paid $20,000 for police presence at the protest, which drew more than 200.

Donovan and the contractor that employed her have said little about the reason for the termination.

Maryland-based Library Systems and Services, which operates the Leander Library for the city, announced in late October that Donovan would be departing. The company did not respond to requests for comment from the newspaper.

Former library manager Theresa Scaffidi told the newspaper that Library Systems and Services “threw [Donovan] under the bus” for fear of losing its contract with the city.

Drag Queen Story Hour and a graphic novel presentation by a transgender author were canceled earlier this year because city staff said there was no system of background checks for the presenters. The story hour was later hosted at the library by a church as part of a family pride festival on June 15, the Statesman reported.

The Leander City Council voted in August to end rentals of library rooms after the controversy that arose from the story hour. Mayor Troy Hill told the Statesman that the library “never should have delved into social issues.”